You are here: Home / Mortgages / New Mortgage and Furlough Scheme

This will almost certainly be the last article I write on new mortgages and the furlough scheme. The emphasis in this article is to bring you up to speed with mortgages and the furlough scheme and it concentrates purely on new mortgages too be taken out. If you already have a mortgage and are in financially difficulties you should contact your existing lender in the first instance for assistance.

The Job Retention Scheme (JRS) has been in operation since 28th February 2020 and the reason why this will probably be the last article I write on mortgages and the furlough scheme is at the time of writing it is set to end 31st October 2020. This will mean an end to employer subsidies towards wages.

Availability of Mortgages and the Furlough Scheme

Mortgages and the furlough scheme have generally been compatible throughout this period but the start of the scheme came as a shock at the start for the Mortgage Lenders. They had to react to the income changes in their affordability assessments at a time when they were perhaps streamlining their personnel and deploying staff to home work. This was maybe even harder for non-High Street lenders who fund / sell their mortgages onto the Money Markets as the end owner of the mortgage needed to be satisfied any new underwriting practices did not turn their potential acquisition into an unattractive one i.e. taking on mortgages with a greater chance of defaulting.

Has the furlough scheme made mortgage rates higher?

For the reasons above some non-High Street Lenders decided to either sit out in the peak pandemic months and most re-priced upwards straightaway. This was probably due to the greater risk of the debt going bad, to retain investor interest, and down to a reduction in competition in the sectors they operate in.

In the last two months virtually every High Street Mortgage Lender has increased rates a couple of times. Sometimes in chunks as high as 0.3% on 2 and 5 year fixes,  effectively an extra 1.50% over the fixed period on the latter. This is against a back drop of Bank of England Base Rate dropping to record low 0.25% on 19th March 2020 and staying the same at the time of writing.

The speed of Mortgage and Furlough Scheme?

Mortgages and the furlough scheme has also posed extra layers of underwriting conundrums and service levels are noticeability suffering.

Payslips are requested for employed applicants as a matter of course. They should have contained an itemised entry for “furlough pay” but some payrolls didn’t. Some employers “topped-up” earnings others didn’t. Double entries such as basic and furlough indicated a return to work but payslips do not have this detail so the request of a supporting letter from the employer has become the norm.

Company Directors that furloughed themselves needed to state how the business continued to trade, for example, a Manager was still working throughout.

Further complications to weigh up when underwriting mortgages and the furlough scheme was the support for the return to part time work for some employees from 1st July 2020, and the tapering down of support from 80% in August – to 70% September and the planned 60% in October 2020.

All these legislative changes have needed to assimilated, converted into mortgage underwriting rules and relayed to remote staff so it’s easy to see why service level agreements (SLAs) are behind.

What next for Mortgage and Furlough Scheme?

Well some Mortgage Lenders have decided the furlough scheme is now too much of a hot potato as the deadline nears. It is difficult in their eyes to see how certain sectors are going to trade to full capacity in the short term with the threat of redundancy a real one. In fairness it will of course hit their existing customers so they are already faced with a huge dilemma – so why make things worse take on new customers in same predicament?

To give them confidence some have said we now need you to have returned to work before we lend. Others have taken it a stage further and said they want to see a full months’ payslip without furlough pay.

The track record additional regular incomes such as overtime and commission are now reset to zero once a furloughed worker returns, and they are probably going to need to re-establish a three month track record of payments. Conversely past P60s may be requested for front-line workers who have probably seen an uptick in work since the pandemic and the Mortgage Lender will need to comfortable this is sustainable when the health crisis subsidises as a mortgage is a long term commitment. One things for sure some Mortgage Lenders have dropped the amount they will take into their affordability assessment, in some cases from 65% of additional income down to 25% so the amount you can borrow could be significantly less.

Niche Advice is an Independent Mortgage Broker who can help furlough workers find the most suitable Mortgage Lender for them.

WE DON’T HAVE TO MEET YOU

We can deal with all our clients by Phone, Whatsapp, Skype, Email and Post.

Payam Azadi is a partner at Niche Advice who are whole of the market Independent Mortgage Brokers. His role is very much focused on Property financing both on residential and commercial lines. To get in contact with him please click here.
Twitter Facebook Linkedin 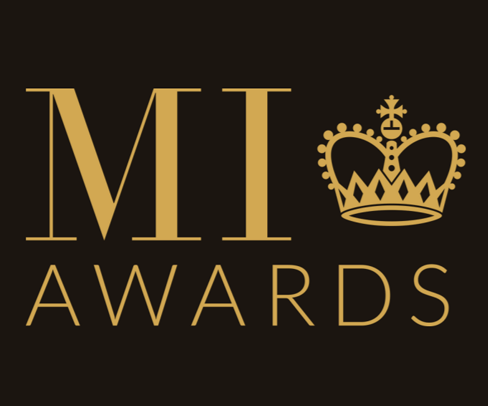